Posted by: Amy Cottrell over 15 years ago

The healthcare system in Spain has vastly improved in the last decade and is an inspiration to many industrialized countries that are seeking the same kind of success. In particular, the public healthcare system is considered to be excellent and very few people even bother to seek privately funded insurance companies. Those who belong to the European Union and travel to Spain are eligible for free healthcare, which is a great plus for vacationers and new residents alike. As opposed to many foreign countries, those planning on traveling to the country of Spain are in very good hands where medical practice is concerned.

New residents to the country should quickly obtain a Spanish medical card in order to eligible for public healthcare. (Although private insurance companies exist, only approximately 5% of the nation seeks them, as the public service is that good). A medical card is obtained from a local Social Security office, which can be found through a phone book or by asking a doctor. Those who are moving from a European country can simply use their European Union identification until the new medical card arrives. Otherwise, one will only have to wait a short period until it arrives in the mail.

Although the healthcare practices in Spain are generally considered to be good (infant mortality rates are lower than in the US and UK), it is still best to do one?s homework before choosing a doctor. Just as in any other country, there are good doctors and bad doctors. A recommendation from someone who lives in the country is always the best information to go on, although one can also seek a free consultation before settling on a practitioner. In an emergency situation, one will be rushed to the hospital in an ambulance and treated most expeditiously.

Spanish hospitals are considered to be clean and efficient, as opposed to hospitals in some neighboring countries. Proper paperwork should be provided, such as a medical card, passport, driver’s license, etc. Modern facilities are used and the waiting time is minimal. An added bonus offered by Spanish hospitals is that an ambulance ride is provided to take a patient home if they arrived in one originally. This ride will be offered if the patient was found to be ill/injured or not. The cost of a hospital stay is low to none and medication can be bought at a local farmacia (pharmacy).

Pharmacies in Spain are recognizable by the large green crosses on their storefronts. Most Spanish pharmacists can communicate in English and many medications that are prescription in the US and UK can be bought over the counter. Although many medications can be bought without a prescription, one is encouraged to seek a doctor’s counsel if sick or injured. Pharmacists are available for medical advice, but they are also just as likely to allow the purchase of a potentially hazardous/addictive medication.

Although the healthcare system in Spain is something the country can be proud of, there are several precautions vacationers and newcomers should take in order to stay well. For instance, the water in Spain can upset a stomach if one is not acclimated to it. Although the water system has seem some improvements in recent years, it is best to stick with bottled water. In addition to unfamiliar water, one should be wary of unfamiliar animals. Many are wrought with disease, particularly rabies. Travelers are also advised to take care when eating new kinds of food, which to the uninitiated can be stomach-upsetting. Beyond those precautions, however, a trip or move to Spain should be most enjoyable and safe, thanks to the country’s wonderful healthcare system.


Note: All comments are reviewed by an administrator before being displayed live on the website. Your comment will be reviewed as soon as possible. 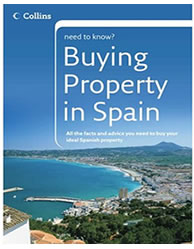